a little girl enjoying her ride, oblivious to sub prime

A friend who is in the know of markets told me that US is suspending fair value accounting for one year as part of its armoury of measures to contain the sub-prime crisis.

I exclaimed, “No way.” I am trying to search for the authoritative article that confirms my friend’s words. Can any help me on this?

My googling led to me to this article by Karey Wutkowski and Emily Chasan from Reuters dated Sep 19, 2008. It did not mention any outright suspension but instead presented the usual arguments for and against fair value accounting.

I would be very disappointed if it was true as the true value of any law/standard can only be realised if it is put through the baptism of fire of current sub-prime financial storm.

A critic highlighted an important “hole” in fair value accounting ie. the complete absence of any markets to provide an indication of value. So the Authorities may probably have to disappoint people like Edgar by suspending fair value accounting while they work furiously trying to calm the global markets to save thousands of jobs and a few hundred billions dollars.

The article mentioned that Fair Value Accounting took effect in US this year. So could it be that the new accounting standard has “encouraged” the revelation of sub prime storm to the current scale.

On Friday’s BT, I was duly surprised by the news that Malaysia’s tax department has decided to scrap the windfall tax on its Indepedent Power Producers that it announced only a few months ago. [Click here for background – http://taxwithedgar.blogspot.com/2008/07/tax-on-your-windfall.html%5D

Don’t pop the champagne yet. The windfall tax will however be replaced by a one-off payment.

Either way, the Government will still get the IPP’s monies. Renaming it to “one-off” would satisfy the rating agencies.

Another “one-off payment” next year? We will wait and see. 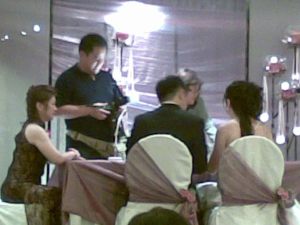 a marriage contract in progress

In the Exposure Draft of Proposed Improvements to FRSs expiring Oct 3, 2008, I wish to share an interesting portion where ASC proposes guidance on determining whether an entity is acting as a principal or as an agent.

What is the big deal?
The clarification of the status of either principal/agent will determine how much of an invoice/contract you would record as your company’s turnover.

Allow me to illustrate
Let assume an IT system integrator has got a contract to deliver the following:-
1. Ten servers and 100 laptops – $3 millions
2. Consultancy service (including set up and integration) – $0.5 million

Upon completion of the contract, how much should the IT company record as its Sales Turnover? It could be just $0.5 million or seven times more ie. $3.5 millions. So which is it?

Key point
FRS 18 requires you to determine whether you are acting as a PRINCIPAL or as an AGENT.

ASC is proposing the following for adoption to help you.

When is an entity acting as a PRINCIPAL?

When is an entity acting as an AGENT?

Ion in the making

Who are the parties involved?
UOL Development (Novena) Pte Ltd vs Commissioner of Stamp Duties

What are the facts of the case?
In 2005, 53 owners at Minbu Road sold their respective properties on an enbloc basis to UOL Development after a tender. UOL Development’s lawyers subsequently sent separate letters of acceptance to each owner. UOL Development was effectively trying to treat this as 53 separate purchases instead of as an en bloc purchase.

The intended outcome was to reduce the stamp duties payable by UOL Development as the rate of stamp duties is progressively structured.

Decision of the Court
The Court ruled against UOL Development for reason that the original intention and contract was for a Sale & Purchase on an en bloc basis.

The Court also said that there was NO “sound commercial basis” for 53 separate contracts and the arrangement was “so contrived that it was clearly intended to reduce or avoid tax liabilities”. 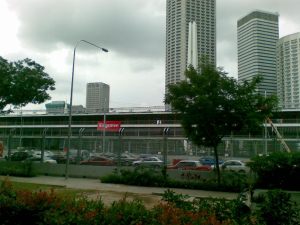 F1 in Singapore soon but Look at the mess!

As we consult with our clients on structuring a business and its activities, we often have to check ourselves as to whether we are helping the client to manage its tax exposure efficiently as compared to facilitating the client in avoiding tax.

What is it that so difficult, you may ask. Just go and find out the definition of tax planning and tax avoidance and; just follow the letters of the law.

Dr Richard Hu, the then Minister of Finance back in 1999, attempted to give some meat to the meaning of tax avoidance in the second reading of the bill to adopt Section 33A of the Stamp Duties Act. He said,

But am I any wiser after the reading that? I don’t think so.

As we push the boundary of tax planning, are we edging closer to tax avoidance?

In my next posting, I will cite a real case for discussion.