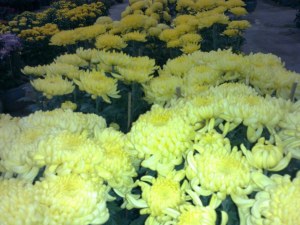 Here are the current tax trends and their respective consequences as observed and explained by Lor Eng Min and Ang Lea Lea of Ernst & Young Solutions LLP:-

a) Increased information sharing among tax authorities of different countries
Businesses with operations over several countries would have to be careful in ensuring consistent information being given to the various tax authorities.
[Edgar – The same attitude should be adopted in providing information to various departments within a tax authority.]

b) Tax authorities sharpen their focus on large companies.
As many governments have incurred budget deficits in 2009, enhancing tax revenue collection could be a priority. By focusing on large companies, a significant portion of revenue could be collected very quickly while sending a signal to the rest of market to comply.
[Edgar – Given the advancement in technology and information availability, tax authority now has the ability to drill down and cross reference on companies, big and small.]

c) Shorter filing deadlines
In Singapore, the interval between filing of tax returns and the financial year end of company has been reduced substantially. If your company’s year end is Dec 31, 2009, you are to submit your Form C in Nov 2010. [Edgar – Secondly, companies are encouraged to submit Estimated Chargeable Income. Failing which, the authority may present its own preliminary assessment and tax is payable within a month.]

d) Timely and voluntary disclosure requirements
Incentives in term of lighter penalty are explicitly stated to achieve the above.

e) Transfer pricing documentation and Advanced pricing arrangements
Given complex costing and pricing issues between entities in a group, the Group is encouraged to seek a formal understanding on any inter-company arrangement with tax authority.

Back in July 2006, the Inland Revenue Authority of Singapore (IRAS) organised its first transfer pricing conference in collaboration with several renowned tax and business consulting firms, including PricewaterhouseCoopers (PwC).

Over 600 executives and tax practitioners attended the half-day forum titled: Transfer Pricing in Singapore – What you need to know.

It officially signalled IRAS’s intention to focus resources in this area in the coming years. In future postings, I will attempt to provide the latest update on this front.

At that preliminary stage, IRAS did not provide any detailed guidance but only signalled that related party loans involving foreign entities may be subject to adjustments.

With regard to intercompany services, IRAS mentioned that while a 5% mark-up may be accepted for routine services, the arm’s length principle may imply higher mark-ups for non-routine, value-added services.