What is the law?
GST-registered businesses must charge GST output tax on the sale of their goods and services at the prevailing GST rate and account accurately to IRAS.

IRAS found out that UnUsUal Entertainment (“UnUsUal”) had wrongly declared or “under declared” its output tax for 2005 and 2006. UnUsUal had not included the GST collected on tickets sales for both years as output tax in its GST returns.

How did IRAS find out?
This is the interesting part. IRAS found that sales figures submitted by UnUsUal for income tax purposes did not tally with the sales figures reported for output tax for 2005 and 2006. For example, the sales revenue declared for 2005 income tax was $9,136,361.00, against the $2,810,668.00 declared as total sales in their GST returns in the same year.

The conviction demonstrates the effectiveness of inter-departmental sharing of information.

What is the side issue?
The GST submission and income tax computation was done by its tax agent. The case also reminded us that it was clearly stated that the responsibility of accounting for GST on ticket sales lies with taxpayer. However, UnUsUal failed to check the GST returns prepared by its tax agent, which resulted in incorrect tax returns.

What is the penalty?

UEPL pleaded guilty to four charges of under-declaration of GST without reasonable excuse.  Four remaining charges were taken into consideration for sentencing.

Adapted from IRAS Media Release.
Click http://www.AccountingWithEdgar.com for another view of Edgar.

On Jul 8, 2011, Dr Mukul Asher, my ex-lecturer of welfare economics in NUS back in 1980s, was asked to answer the questions as follows.

Firstly, he uniquely used the term “basic commodities” while the article is entitled “… basic goods”. I generally interpreted “basic commodities” as totally unprocessed or barely prossessed raw materials. Consequently, he said GST’s orientation would change to tax on value added at manufacturing, wholesale and retail levels. Example – No GST is to be applied on $5 of carrot and $4 of flour imported. When the carrot and flour became a $25 carrot cake, GST is to be applied on $16 value added. He opined that this system would increase cost of administering the tax by authority and compliance costs by businesses. He didn’t elaborate as to how it could be so. Alternatively we could consider the Australian’s where its GST free supplies include health, education, childcare, religious services, certain foods etc.

Secondly, he concluded that GST revenue would drop due to exemption of basic commodities and prompting higher GST rate. Currently we apply GST on almost on goods and services with government sending cheques with GST rebates to selected individuals to offset regressive tax burdens (a system I am in favour with). So when we compare the two methods in totality, will there be a significant change in collection? Which is more efficient and effective?

Thirdly, Dr Asher applied the basic economic concepts of substitution effect on demand and price when he said households would switch demand from “GSTed” items to “non-GSTed” basic commodities leading to an increase in prices of the latter. This also assume supply of basic commodities would generally be unresponsive. Too simplistic an assumption?

As Dr Asher is a professor of public policy at Lee Kuan Yew School of Public Policy, I am sure he has done much more in depth studies and thinking on the issues but the article is too simplistic with conclusions only given cursory elaboration.

Under the new GST – Time of Supply Rules effective Jan 1, 2011, there is no more prospective and retrospective test that we used to do.

Consequently the rules to determine when a business need to register for GST would have to change too.

Suppose Company performed and completed only 2 transactions in the year 2011. Each transaction is $600,000.

Who gets such “honours”?
The man is none other, Mr Mahesh Sukhram Daswani.
He was in the business of trading mobile phones. He subsequently found it more lucrative to “manage” (ie. forge) his business records very aggressively.

First;y, he under reported his sales ie. collected output GST from his customers and decided to keep a lot for himself.
Secondly, he kept himself busy with creating detailed but “fictitious” purchases. He probably used photoshop (just kidding) to digitally alter zero-rated suppliers’ invoices to standard-rated. He then directed his staff to include those invoices in the quarterly claims.
Thirdly, he had to go create export documents to show that the mobile phones had been exported. Export sales, remember is zero-rated. I guess he was trying to show how he was able to dispose off millions of dollars of phone purchased.

The trickeries of Mahesh are not new but definitely not sustainable.

1. IRAS would definitely be paying attention to who have been issued millions of dollars of refund cheques. A request for audit of the respective taxpayers’ books would be good practice.
2. In the press release, it was specifically highlighted that IRAS has used a lot of technologies to nab Mr Mahesh. Phrases such as “advanced computer forensics techniques”, “computerised analysis programmes” and “specialised computer forensic tools” were deliberately informed to public. Perhaps IRAS colleagues have exchanged notes with their colleagues in Commercial Affairs Department.

The moral of the story (as always) – Please don’t try to muck around with your GST returns.

Rule
GST-registered businesses can offset the GST they pay on their purchases (input tax) against the GST they collect from sales (output tax), and pay the net difference to IRAS. If a business incurs more GST on purchases (input tax) than it collects from sales (output tax), it can claim the difference as GST refund from IRAS.

What went wrong for Tang’s ploy?
V-Teb provides cleaning services locally. By nature of his business, the company is not expected to claim GST refunds.

However, IRAS’ tax auditors noted a pattern of submitting increasing amounts of GST refund claims in the GST returns on a frequent basis. IRAS actually verifies the value of V-Teb’s taxable purchases with the alleged suppliers.

What did Tang get for his mischiefs?

Tang pleaded guilty to a total of 14 charges of evading GST,

In addition to the jail term, the court also ordered Tang to pay a penalty of $983,512.47, which is three times the amount of GST undercharged.

What is the Rule?
Generally, no GST on CASH donations if the amount involved is small and no tangible benefits granted to Donor.

But when Donors are entitled to some form of benefits ie. chance of a lucky draw to win a trip to Timbuktu, technically speaking such donations attract GST.

IRAS Concessionary Exemption is granted to certain benefits if:-
– the benefit is given as part of acknowledging the donation made and;
– the benefit has no resale value.

Thus certain acts by the Recipients, which are technically speaking, benefits to the Donors, are exempted. Eg. Donors could be invited to and honoured at a Gala Dinner held in conjuction to the Charity.

What if your GST-registered business gave a donation in kind?
Donor has to account for output GST on deemed supply except if:-
– less than $200 and;
– is not part of a series of gifts. 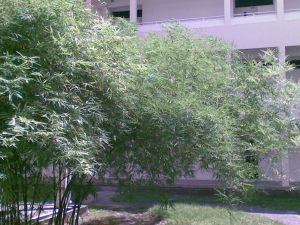 In BT today, Wong Sze Teen and Yeo Kai Eng, GST experts from Ernst & Young, wrote an article on the implication of GST on sponsorship, government grants and donation.

I will cover issues on sponsorship and grants first.

Situation
Company X gives $1,000,000 to Company Y as sponsorship for a certain event that Company B is organising. Assuming both are GST-registered.

What is the Rule?
IRAS said sponsorship will not attract GST if company X:-
– did it voluntarily without any obligation and;
– did not receive any tangible benefits in return.

Failing which, company Y would have to issue a GST-tax invoice to company X.

For what amount should the invoice be issued on?
Answer – It depends on the market value of the benefits company Y would have to give to company X.

Any difficulty?
Firstly, when is a benefit given is considered a benefit given?
Secondly, company Y would have to determine the market value the benefits granted.

Government Grants
Generally and simply said – Attracts no GST to both the Giver and Recipient.

I have been paying attention to the numerous huge advertisements by the many industry players in the red hot lasik market in Singapore. Prices of lasik is definitely on a downtrend and possibility of hitting sub-$1,000 per eye for standard lasik is very real. (someone told me the limit has been breached already)
In today’s national paper, I notice a lasik provider has now included the GST-inclusive price of $2,341.16 into the advert albeit in a smaller font size.
In the heat of competition, perhaps many have forgotten the small detail of the need to place GST-inclusive prices.
What is the Law?
According to reg 77(1) of GST regulations, “where a taxable person publicly displays or advertises the price of any supply of goods and services he makes, or intends to make, it has to be the “GST-inclusive” price.
Any exception to this law must be approved by IRAS.
Edgar says…
While such taxable persons may not be sufficiently in tune with all details, I wonder whether the advertising agents or media owners should play a role in removing such “printing errors or omissions”.
Click http://www.AccountingWithEdgar.com for another view of Edgar.

Under UK tax rules, most traditional bakery products such as bread, cakes, flapjacks and Jaffa Cakes are free of Value Added Tax (VAT).
But the tax is payable on some other items eg. cereal bars, shortbread and partly-coated or wholly-coated biscuits.
The confusion arose when the Authority is not sure when a CAKE is not a bread or when a BREAD is actually a cake etc etc etc….
Customers of Marks & Spencer in UK, who had been paying VAT for the last 20 years for a product called “teacakes” realised recently that VAT should not have been applied on the product. How come? The authorities have accepted the product was actually a cake, which does not command VAT!!! A mistake realised after 20 years.
Conclusion
This incident serves to explain why the Government has chosen not to heed calls from some quarters to apply a lower GST rate on necessities.
Click http://www.AccountingWithEdgar.com for another view of Edgar.

What is Development Expenditure (DE)?
According to Ministry of Finance, DE refers to expenses that represents a longer term investment and result in the formation of a capitalisable asset of the Government.
How is DE financed currently?
Based on FY2007 Budget, $7.1 billion of total DE of $13.1 billion (ie. 54%) is financed out of current revenues, mainly taxes.
How should DE be financed according to Mr Basant Kapur?
Mr Kapur said most DE should be financed by borrowing. Exception – DE on military hardware which should be financed out of taxes.
What are the basis of Mr Basant Kapur’s position?
DE, as in any investments, would generate a return over time. The return should be measured by the incremental GDP contributed by the DEs. The interest servicing and loan capital repayment should be paid out of taxes on the incremental GDP.
Using current tax revenues to pay for future returns may have negative repercussions. Mr Kapur argued that the 2% GST increase may thus not be necessary if the DE were to be financed through borrowing, from internal sources or otherwise. The GST increase has resulted in higher than expected tax revenue which may curb consumption and fuel inflation.
In summary, we should not impose cost to the present when we are investing today for future benefits based on economists’ “efficiency argument”.
Who is Mr Basant Kapur?
He is a Professor of Economics and Director, Singapore Centre for Applied and Policy Economics, NUS.
Reference – Basant Kapur, “Better to borrow than raise GST”, Straits Times, 29 Feb 2008.
Click http://www.AccountingWithEdgar.com for another view of Edgar.
Accounting with Edgar
Blog at WordPress.com.