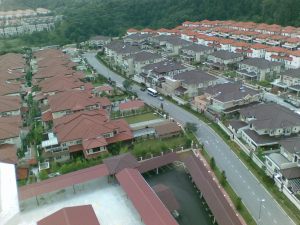 Last month, the Malaysian government decided to implement the provision under the Windfall Profit Levy Act 1998 ie. impose a 30 per cent levy on returns on assets above the 9 per cent threshold of the Independent Power Producers’ (IPPs) audited accounts.
Apparently, the law would effectively mean a higher corporate tax rate on profits made by companies.
While at this moment, the impact is limited to IPPs. But should the government’s fiscal conditions worsen, will this “martial law” be suddenly applied on other sectors that too are doing well.
Such laws confuse investors. They blur visibility in investing in a country. While the law has been around since 1998 (apparently), it was not implemented.
Click http://www.AccountingWithEdgar.com for another view of Edgar.